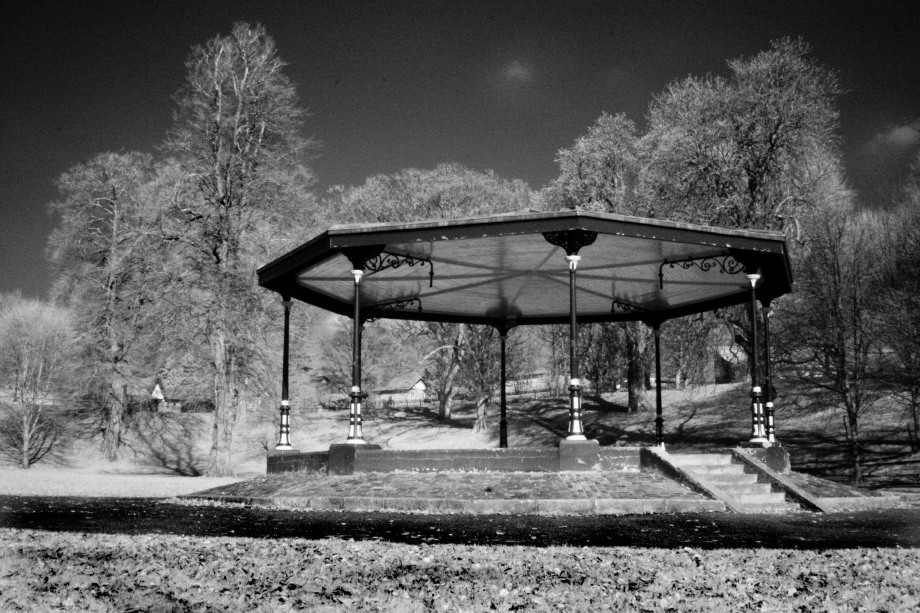 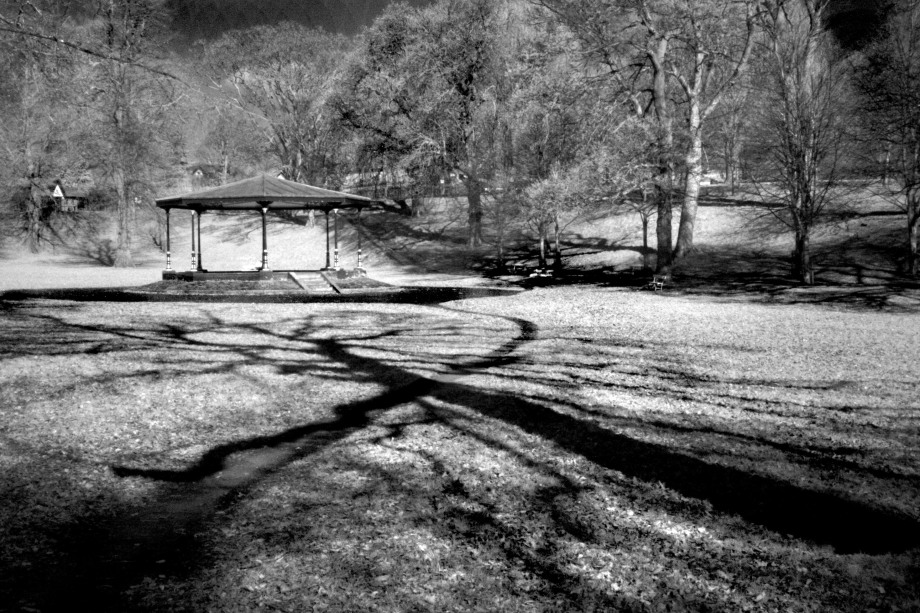 Two of my most recent shots featured in this blog so far, in fact they were only taken three days ago.

I have been meaning to visit the bandstand area of the park for quite some time now, in truth I have a tendency to avoid places like this, I can be quite a solitary individual when I am out with my camera so I shy away from places where lots of other people congregate. As you can see from the shots there are not many people around this area early on a Tuesday morning so I had it all to myself.

The bandstand is located in the middle of a truly beautiful hollow, surrounded by old trees and lots of handy white benches. It’s a stunning place on a sunny day, even in the winter, the hollow tends to block out any wind so if you are wandering around the park and feeling a bit cold then head straight down here and warm up a bit. You are also very close to the rather quaint Tea-Rooms so grab a coffee first and then simply enjoy one of the most peaceful places in the park. The entrance to the zoo is also very close so there is always a bit of activity going on around here, being a father of a young child myself I must admit I love the sounds of kids playing in the park, it just seems to make things seem more alive.

The bandstand itself was built around the end of the 19th century and is very well looked after, its in immaculate condition and is a credit to the staff of the park. The almost Tudor like design of the bandstand really lends itself to black and white photography.

I couldn’t really make up my mind about which photo I liked the best and somebody suggested I put both of them up, so here you go.

The close up shot of the bandstand was taken in infra-red whilst the more distant shot was taken using a very high iso giving it a lovely grainy almost dated like feel. I like the effect of the extra grain in the photo, it kind of suits the era the bandstand comes from.

2 thoughts on “The Phoenix Park Bandstand”