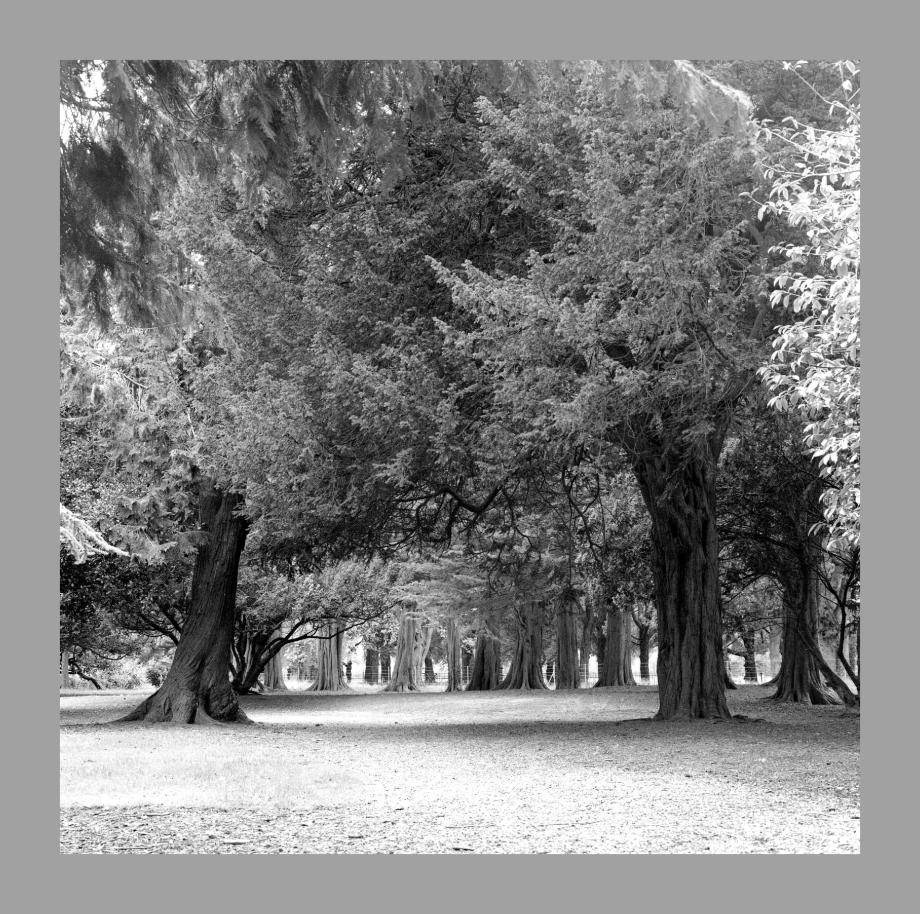 This shot was taken on the grounds of the visitor centre in the Phoenix Park. It is one of the best kept areas in the entire park with some of the most interesting and dare I say it, one of the most exotic collections of trees to be found anywhere in the park.

This photograph was the result of knee busting half hour crouch over the camera as I waited for the very large family of squirrels to come back out and graze in the area just to the left of the photograph. As I was setting up the tripod and camera there must have been at least ten squirrels happily munching on seeds and nuts that had fallen to the ground, they didn’t seem that perturbed by my presence so I thought I would slowly set up my camera and just wait for them to come back out. As you can probably make out from the photo they obviously had enough to keep them going at this stage because they didn’t come back down again, I did see them way off further down the line of trees so either they moved on or were just having a laugh at my expense.

It was only after they moved further on down that I actually lifted the camera up a little bit and saw this rather beautiful scene through the lens, so take that you pesky squirrels, I don’t need you to make my pictures complete. I suppose I should really have thanked them for making me wait here for so long, by the time I actually composed the shot a rather shy sun had finally decided to shine on my back again and gave enough light to create some really fine detail in the tree bark. For some reason I am becoming rather obsessed with squirrels these days, they poor things, they don’t ask to be stalked in this way.

Also, if you look really closely right down the centre of the image you can just make out a person standing with their hands up against a tree, I didn’t actually see them at first. It was only after blowing the picture up in the darkroom that I realised what it was. A friend of mine has speculated that they are probably feeding the squirrels by hand, they just don’t like people with cameras annoying them.

This shot was taken on a Bronica medium format camera and then was hand printed by myself in the darkroom. I am very much falling in love with the square shape of medium format photography so I should warn you all to get used to this shape of photograph in the future.

You can purchase prints or postcards of this photo from as little as €2.50 by clicking this link.

3 thoughts on “Scene From The Visitor Centre, Phoenix Park”